on May 26, 2015
Accompany Robert Alejandro on one of his journeys!
This time he visits a land of many names.  It is often called the Land of Lions and the Land of Serendipity.
It is said to be called the Land of Lions because Sri Lanka has it's roots in the Sanskrit word "Sinhala" which means "the blood of lions".  Though lions never originated here, they used to call the men here "lion-like" which meant someone who resembled a hero to the townsfolk.
It's also known as the Land of Serendipity because as early as 361 AD, it was called the Arabic word "Serenib".   Serendipity as we know it now, is then correlated with "The Three Princes of Serenib", the 13th century story of explorers who would make discoveries by chance.
Needless to say, this place has a rich cultural heritage and is catching the eye of travelers who are looking for attractions off the beaten track.
While many of us bring home our memories using our handy cameras and zoom through as many destinations as we possibly can, Robert likes to take it slow on his travels.  You will oftentimes catch him sketching by the roadside.  With his brush and pens in hand, he creates stunning postcards to send to his loved ones at home.  Here are some of his work. 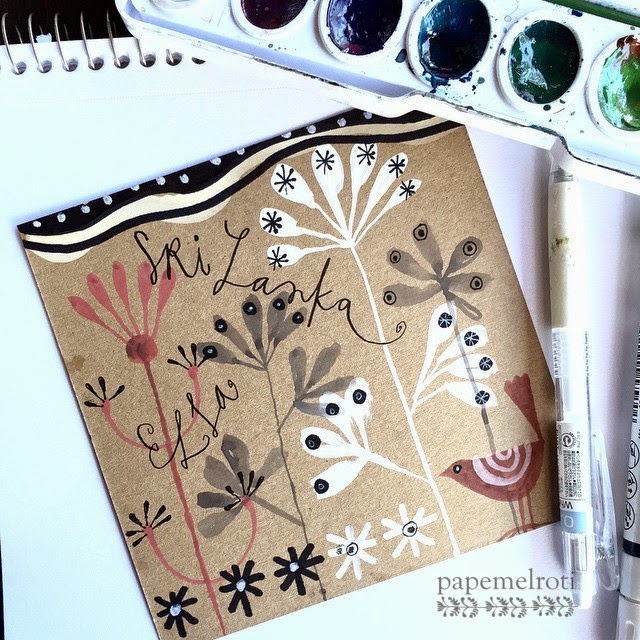 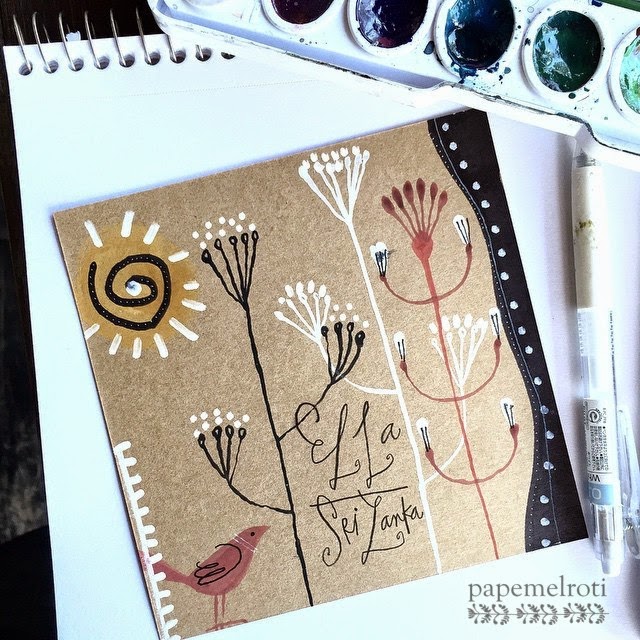 Ella is a small village on a hill.  200 kilometers from the nation's capital, here, one can imagine himself a hermit.  It's surrounded by cloud forests and tea plantations. 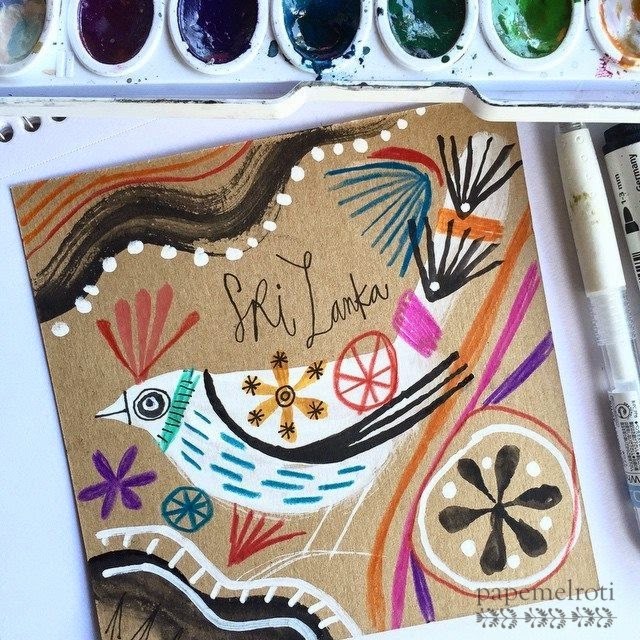 Robert said you could just sit and watch as different wild bird species alight near enough so you can appreciate their beauty. 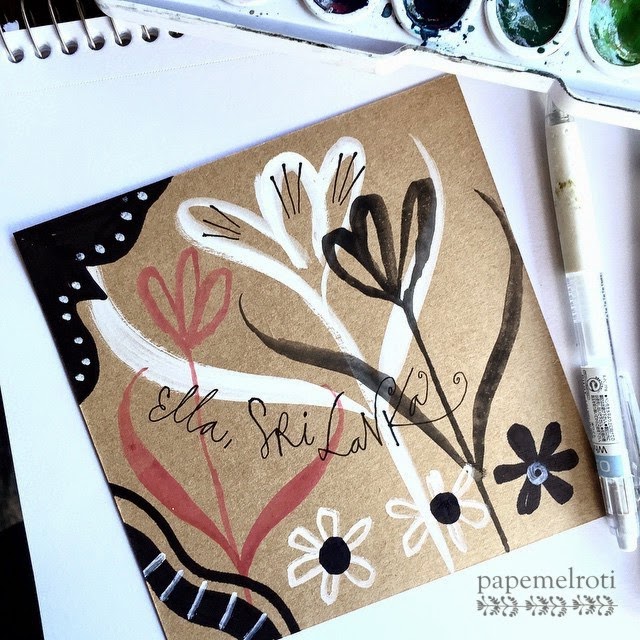 The place is a biodiverse area for flora and fauna. 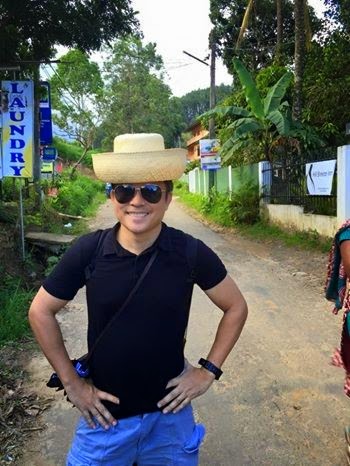